Pros and Cons of Coolsculpting

Coolsculpting is a relatively new method to remove fat from your body that your cosmetic surgeon may recommend. Every year, hundreds of thousands of individuals have traditional Liposuction. Surgery was the only way to get rid of concentrated fat for a long time. CoolSculpting is a new technology that allows us to target problem areas and remove unwanted fat without surgery or downtime. Whether you're an expert or know a lot about it, keep in mind that there are some pros and cons of coolscupting treatment.

What are the Pros of Coolsculpting?

The concept for CoolSculpting was inspired by physicians' observations of youngsters who ate popsicles frequently. When children that ate popsicles often became adults, the doctors noticed that their dimples had developed due to the cold effectively destroying fat cells in their cheeks. This idea, known as cryolipolysis (the use of low temperatures to kill fat cells), is at the core of CoolSculpting, which has been used to treat various other body parts. The following are good pros of coolsculpting procedure.

According to research published in 2016, CoolSculpting is effective, with 77 percent of participants reporting a visible fat reduction. However, this study was sponsored by a company that sells CoolSculpting treatments.

The most common side effect of CoolSculpting is temporary numbness or tingling in the treated area. Other potential side effects include bruising, swelling, redness, and firmness of the treatment area. These side effects are typically mild and resolve within a few weeks.

Liposuction is a surgical procedure with a risk of serious complications, such as infection, internal organ damage, and blood clots. Coolsculpting is a non-surgical alternative to liposuction that uses controlled cooling to freeze and eliminate fat cells. Because it is non-invasive, cool sculpting is generally considered a safer option than liposuction. No incisions or needles are required which adds to the pros of coolsculpting. This makes it a much less daunting option for those considering fat removal treatments.

CoolSculpting is non-invasive; no downtime is required after the procedure. You can resume your normal activities immediately. Unlike liposuction, which may cause minor discomfort, CoolSculpting produces little or no pain. Instead of feeling pain, you will feel a cold sensation when the handpiece is moved over the treatment area, which can be unpleasant for some but not severe.

This cold feeling will only last for 5 minutes before dissipating, and after that, you will be calm during the procedure as we raise the temperature and continue with the process.

5. Affordability Factor is one of the main pros of coolsculpting

When compared to other fat removal treatments, CoolSculpting is relatively affordable. The cost of the procedure will depend on the number of sessions required and the size of the treatment area. CoolSculpting is less expensive per treatment, starting at $750 for one region. Liposuction in Fairfax costs around $3900 for one location, including surgeon's fees, operating room and anesthesia, and after-op care.

What are the Cons of Coolsculpting?

There are several cons of coolsculpting procedure that you should be aware of. Given that many people still prefer to undergo Liposuction due to its higher success rate, Coolsculpting may have a hard time in terms of reputation.

The results of CoolSculpting are not permanent. Fat cells frozen during the procedure will eventually be broken down and eliminated by the body. However, new fat cells can develop in the treated area, so it's essential to maintain a healthy lifestyle to maintain the results.

2. Not suitable for everyone

3. Not suitable for large areas

It is not ideal for large areas of fat which adds to considerable cons of Coolsculpting. If you have a large amount of fat to be removed, CoolSculpting is not likely to be an effective treatment.

As with any medical procedure, there is a risk of side effects of CoolSculpting. The most common side effect is temporary numbness or tingling in the treated area. Other potential side effects include bruising, swelling, redness, and firmness of the treatment area. These side effects are typically mild and resolve within a few weeks.

5. It's Not covered by insurance

Since it’s a non-surgical process, CoolSculpting is not typically covered by insurance. The cost of the procedure will depend on the number of sessions required and the size of the treatment area.

6. Accessibility is one of the primary cons of Coolsculpting

The procedure is only offered at certain medical facilities in most major cities across the US. Therefore, if you live in a rural area or a city that does not have a CoolSculpting provider, you may need to travel to a nearby town to receive treatment.

CoolSculpting is a great way to reduce fat in specific areas of your body, but it’s not without drawbacks. It can be expensive, and you may need multiple treatments to achieve your desired results. And, as with any medical procedure, there is always some risk of side effects. But if you’re looking for a non-invasive way to get rid of stubborn pockets of fat, CoolSculpting may be just what you need. Make sure you are the right fit for it and asses all the Pros and Cons of Coolsculpting method. 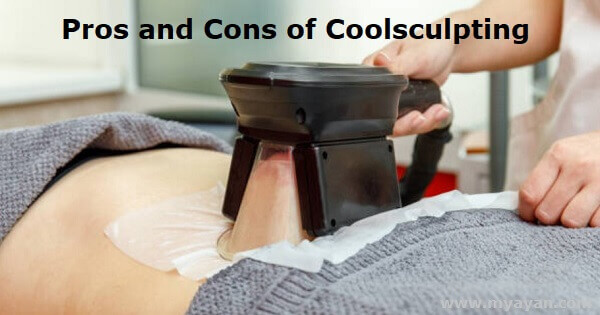 What is the downside of CoolSculpting?

The typical side effects of Coolsculpting are the ones most individuals experience following their treatment. However, there have been occasions when others have had more severe issues, such as Extreme discomfort in the region. Skin becomes numb and swollen. Along the area of contact, bloatedness is prevalent.

Can CoolSculpting cause damage?

Coolsculpting does not harm nerves. Numbness is quite common, according to the Center for Aesthetics. It might last a few weeks or only appear at certain times. It can also come and go unpredictably.

Is CoolSculpting worth getting?

There are several advantages to CoolSculpting as opposed to other fat reduction techniques, such as liposuction. It's non-surgical, non-invasive, and has no recovery period. After a treatment, injured fat cells may take four to six months to depart the body. On average, cryolipolysis reduces fat in the therapy region by approximately 20%.

How long do CoolSculpting effects last?

The fat cells targeted by CoolSculpting are eliminated, preventing them from regaining bodily residence. As a result, in theory, the benefits of CoolSculpting may be permanent.