Advantages and Disadvantages of Biodegradable Plastic

The words “Bioplastic,” “Biodegradable Plastic,” and “Compostable Plastic” give you little relief about the concern for the environment. These terms are pretty much similar for the same type of plastic that, when decomposed in nature, it is metabolized by microorganisms and fungi by breaking it down into fragments. Does that mean we have been able to find a solution to save marine life and the world’s health? Are Bioplastic dangers almost zero? Advantages and Disadvantages of Biodegradable Plastic use and its effects on humans and the surroundings are still to be adequately known.

Biodegradable Plastic is the type of Plastic that gets broken down into its constituent monomers by metabolizing the process of action of natural micro-organisms such as fungi and bacteria over a period. The process duration of biodegrading mainly depends on the composition and thickness of the material, and the environmental conditions to which it is exposed.

Compostable Plastic is capable of undergoing biological decomposition, which is also not visually distinguishable. This type of Plastic usually breaks down to carbon dioxide, water, inorganic compounds, and biomass, at a consistent rate without leaving any toxic residue. This type of plastic also does not affect the quality of the obtained compost.

This type of plastic exhibits properties similar to that of traditional plastics. Some of the bioplastics are biodegradable and compostable, while some of these are not. Not all bioplastics are degradable since biodegradation property depends on the chemical structure and not upon the source of the polymer.

What are the advantages of biodegradable plastic?

Biodegradable plastics are still in the developmental phase, while manufacturers are figuring out more how to make it a more sustainable option for the future. Despite any drawbacks, scientists continue to develop and refine bioplastics because the potential benefits are hard to deny. There are some benefits of biodegradable plastic use as this material is comparatively less harmful to the eco-system. Many countries have switched to bioplastics and have banned the use of traditional plastics use. This initiative has been taken due to the following reasons and advantages of bioplastics over traditional plastics.

1. First of the Advantages of Bioplastic is faster degradation

Unlike traditional plastics, biodegradable plastic decomposes and breaks down within a period of six months. While the traditional plastic stays in the same state for over 1000 years. Biodegradable plastics can reduce the environmental concerns resulting from the uncontrolled disposal of plastic wastes. They are a suitable alternative to recycling alongside organic wastes, as long as they are compostable. This makes bioplastics the best used to replace conventional plastics that generate environmental problems that can last for years and years.

The second most notable advantage of biodegradable plastic products compared to conventional plastics is that they negate they blend in the fossil by turning into biomass. This biomass provides the potential for carbon neutrality, contributing to a reduction in greenhouse gas emissions. Bioplastics can contribute to improved resources as they are suitable for recycling and energy recovery after any possible reuse and recycling option. Secondly, they can avoid some of the environmental problems resulting from uncontrolled land spreading and disposal at sea.

While only 9% of that plastic goes to and recycling processes, the remaining waste is filled in the which takes up space as well as years to degrade. Biodegradable plastics, on the contrary, need several months to break down. The quick-decomposing capability of biodegradable plastic benefits with the utilization of space and reduction of waste. Given the fact that not every bioplastic is degradable, this solution seems quite practical and workable to reuse the same landfill sites.

4. Less use of Petrochemicals

Petroleum is one of the primary and limited ingredients used to produce traditional plastic materials. Petroleum consumption is not only harmful to the environment, but it is extracted from the earth through dangerous methods for the refinement process. Ont the other hand, biodegradable plastics are made from natural products such as corn starch, hemp, and even chicken feathers. This eliminates the use of petroleum in plastic manufacturing.

Nature undertakes the process of decomposing and breaking down; there would be no adverse effect on the environment. Unlike traditional plastic, bioplastics don't leave any harmful chemicals behind. All that is buried in the landfill get fossilized. Bioplastics do offer some energy-saving methods and trash reduction. However, the problem of volumes of plastic waste still remains unsolved. Biodegradable plastic can reduce this problem to a significant extent since bacteria and fungi eat up the bioplastic just as they eat organic solid waste and turn into a nontoxic byproduct that can be used in many ways.

What are the Disadvantages of Biodegradable Plastic

Amidst the pros and cons of the use of bioplastic, some concerning questions still linger as they are challenging to solve. Research and studies are still underway to deduce the convenient and sustainable use of plastics to keep the eco-system as well the economy up and balanced. Some disadvantages of biodegradable plastic use keep ringing the alarms for environmentalists and industrialists.

It has been noted that these bioplastic release metals during the decomposition process. The polyethylene created in manufacturing by using natural items may contain high levels of Manganese. Manganese can stop breaking down while the composting process for such plastic starts.

As reported by The Guardian in 2008, one brand of biodegradable plastic allegedly contained high levels of lead and cobalt, which raised questions about the potential toxicity of what gets left behind after the decomposition process.

It costs up to 50% more to manufacture biodegradable plastics as compared to traditional plastics. However, the cost incurred to produce bioplastics is expected to come down with respect to technological advancements. With enhanced productions and use, natural sources are expected to easily available. But for now, the production of biodegradable is quite an unaffordable solution for many many manufacturers. 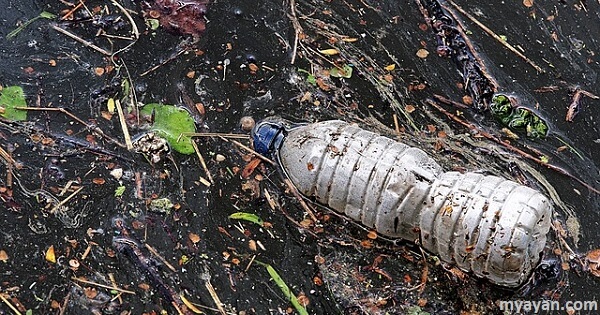 What are the dangers of Bioplastic?

Bioplastics end up in landfills where, without oxygen, the waste may release methane gas, which is also 23 times more dangerous than carbon dioxide. When bioplastics are left in the ocean or seas, the debris causes the same problems as traditional plastic does hence threatening marine life.

Why bioplastics are not in much use?

Studies have found that bioplastics release Methane gas during decomposition. Also, the process of decomposing bioplastic needs a specialized physical site in order to complete properly. Production of Bioplastics is expensive than traditional plastic.

How long does it take for biodegradable plastic to degrade?

Biodegradable plastics usually take three to six months to decompose completely, provided that the decomposing process is followed properly. The duration of this process is far better as compared to 1000 years taken by conventional plastic.

Bioplastics are plastics made from plants or the products that are obtained from natural ingredients. Bioplastics may or may not be biodegradable, but they are not manufactured using as many chemicals as their counterparts. However, it is still unclear whether they are fully non-toxic.