Advantages and Disadvantages of Single Use Plastic

Greta Thunberg UN Speech may have triggered an alarm amongst ordinary people, but there are still many concerning threats that are gulping the clean and green environment. After the Greenhouse gases, comes plastic which is another non-degradable element widely in use all over the world. No doubt, half of the world’s things are either made from plastic or contained in plastic stuff. So what are the Advantages and Disadvantages of Single use Plastic? How can its use be controlled to cause no harm to the environment? Let us have a look at how single-use plastic helps us every day and how it endangers the ecosystem.

The climatic changes are swiftly visible, and so are the concerns of numerous environmentalists. This is the time to decide and act according to what we can save for our future generations. Many would still be wondering what is single-use plastic, and how are we contributing to plastic pollution every day? This single-use plastic is what we use when we buy almost every commodity edible or inedible for our daily use.

But questions are circling on the ban on single-use plastic, including the economic loss to the plastic industry. Is the decision enough to put everyday use to a noteworthy extent? Is limiting the use of single-use plastic an entrance to a greener world? Or is it going to cost us further?

What are the Advantages of Single-Use Plastic?

One can’t deny the applications and benefits of single-use plastic. On the other hand, it is also an undeniable fact that plastic pollution has caused more than expected damage to marine life over the years. How do you use it in everyday life, and how useful plastic is to keep other things safe from external elements is explained in the single-use plastic advantages here.

1. Plastic as a food preservative

Single-use plastic has been widely used in the food industry to package and preserve eateries and beverages from reeking and contamination. Food for thousands of soldiers deployed to remote regions has to rely on packaged food most times. Plastic bags keep the military food preserved even for years, retaining the same freshness and nutrients.


Also See: The dangers of e-cigarettes

2. Plastic in the Medical Industry

Even plastic is widely preferred to keep medicines and fluids to avoid infections and microorganisms. From syringes to Saline water, plastic is the primary carrier of all the vital medical supplies. Some of the aid that is extremely useful in surgical procedures are also kept sterilized in plastic packaging.

3. Plastic is Alternative to Paper

Every piece of paper you see comes at a cost. Several trees get sacrificed every day to produce papers for different uses. Plastic gives a solution to the problem of overuse of paper for our daily needs. Unlike paper, that can be used only once plastic products and items can be redesigned to other purposes without much cost of processing.

The Disadvantages of Single Use Plastic

After many countries raising their concerns and questions about the use of plastic, many governments have already banned single-use plastic items, and many have pledged to prohibit plastic use to 100 per cent in the comings years. All this is because of the following disadvantages of plastic use. These are the leading factors that contribute to the negative effects of plastic on the environment the world is facing at present.

Now have encountered a moment when you were walking along the beachside, and out of nowhere, a plastic bottle came floating to you? This view would undoubtedly pain you as you would not want people to litter their leftovers in one of the most beautiful places of nature. Hard to eyes and ears, but according to Ellen McArthur Foundation, people leak about 32% of plastic packaging into the ecosystem every year, majorly affecting aquatic life.

Therefore, affecting marine life to a more considerable extent, marine mammals and turtles are most affected by the dangers of plastic debris. This debris is produced of plastic and chemical components that are thrown away in the water bodies and consumed by over a million sea creatures.

Eating plastic, along with food, is the primary cause of numerous deaths of terrestrial animals. This happens mostly in developing countries since the number of stray animals consumes plastic debris in search of food. According to Animal Aid Unlimited, a Foundation for animals based in India, 6137 tonnes of plastic debris remains untreated or unprocessed that is the biggest reason for the death of cows in the country. The second most endangered animals are feral dogs.

3. Plastic Chemicals are Harmful to everyone

The toxic chemicals can affect the endocrine system severely since these toxins can easily reach our bloodstream. The chemicals released by the use of plastic are the cause of cancer, infertility, congenital disabilities, impaired immunity, and many other ailments.

According to a survey report by the US Centers for Disease Control and Prevention, BPA (Bisphenol A) was found in 93% of urine samples taken from people above the age of six. (This chemical is used to make plastic beverage containers, food cans, toys, dinnerware, and can cause severe ailments.

It is all up to us; firstly, we need to consider the ecosystem, deforestation, and practical use of recycling of plastic. It is almost impossible to get rid of plastic from around us, but we can limit its use so as not to affect our lives and those who depend on us. 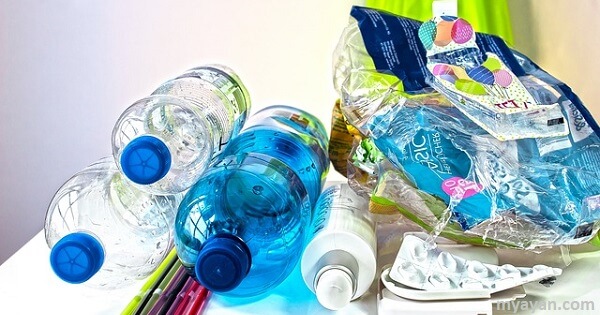 What is single-use plastic?

What are the dangers of single-use plastic or other plastics products?

Single-use plastic is just the same as regular plastic which cannot be degraded after use. According to several studies, the chemicals found in many beverage containers and plastic toys are responsible for some severe ailments like cancer, infertility problems, impaired immunity, and others.

How much plastic is produced in the world?

The world produces nearly 300 million tons of plastics every year only half of which is disposable. Only 10-13% of plastic items are recycled every year.

What are the harmful effects of plastics in our environment?

Toxic chemicals from plastics are found in the blood and tissue of nearly every person. Exposure to these elements (BPA -Bisphenol A) was is linked to cancers, birth defects, impaired immunity, endocrine disruption, and other ailments.