Advantages and Disadvantages of E-Cigarettes

Advantages and Disadvantages of E-Cigarettes: You may come across an e-cigarette by different names and in various forms. You may also have seen some stories and adverts on the internet that say e-cigarettes are not harmful at all. While research is continuing about vaping or e-cigarettes, out of curiosity, you must have also given a thought to switch to the electronic cigarette from a conventional one.

What is the difference between smoking and vaping? How healthy is an e-cigarette actually? Is it worth a shot? What are the types of e-cigarettes? Is an e-cigarette harmful to you? Or is it safer than conventional old-style smoking? You’ll be powered with the answers here.

E-cigarettes, unlike a conventional cigarette, are battery-powered devices in which liquid is heated to vaporize to produce the same effects as that of a traditional cigarette. This device comes with a charger outlet such as a USB device. The liquid comes in different flavours and contains propylene glycol, nicotine, and other chemicals. When you inhale all those chemicals through a tube that converts the liquid into an aerosol, it is either called "vaping" or "JUULing" (Read more about JUULing below) not smoking. So, mind noticing when someone near you is vaping.

Different names that an e-cigarette is known by are:

E-cigarettes were introduced to overcome ill effects of smoking and to some extent, encourage people to quit tobacco. It is said that an e-cigarette has less amount of nicotine content as compared to traditional cigarette or tobacco-based products. In addition to nicotine, an e-cigarette may also contain additive chemicals to reduce the after-effects on your health and body, as manufacturers say.

You might consider an e-cigarette as a modern age invention. But it all began in 1927 when Joseph Robinson filed a US Patent for an electric vaporizer according to which, the device could be used for medical treatment for inhalation of the produced vapours.

The modern e-cigarette, as we know it today, is invented by the same person. It was the company that began e-cigarette exports to the major markets, including Europe and the US in 2005 and 2006.

After the sale of e-cigarettes boomed in Asia, more vaping products were sold through the internet. In 2007, e-cigarettes grew popular in many countries, including the USA and the UK. Now, the major companies that manufacture e-Cigarettes and Cigars as famous brands are Lorillard acquired(Blu), the leading e-cigarette brand in the United States, Altria with its brand Mark Ten, and Reynolds with their brand Vuse.

In the UK, you can find e-cigarettes by the supplying companies, namely British American Tobacco, Imperial Tobacco, Swisher, Logic, and NJOY. Currently, there are over 460 e-cigarette brands all over the world market.

What are E-Cigarette Flavors?

The liquid used in an e-cigarette is known as e-liquid or e-juice, vape liquid, or vape juice. You can get it in these flavours, namely cherry, chocolate, watermelon, menthol, Lava flow, and bubblegum easily.

However, the content of an e-cigarette comprises nicotine, propylene glycol, glycerin, and other chemicals. When you vape the e-liquid and inhale the aerosol, it is also said that you may inhale other elements like Cadmium, Lead, Nickel, Formaldehyde, Hydrocarbons, and other chemicals.

What are the different types of e-cigarettes?

An e-cigarette comes in a variety of forms such as a disposable e-cigarette, a pipe, a cigar, a USB Flash drive, or a pen. E-cigarettes also come in larger sizes such as “mods,” which are usually not a cigarette lookalike.

Most of the e-cigarettes are rechargeable and refillable. The different types of e-cigarettes are namely mods, e-hookahs, vape pens, e-cigs, tank systems, and Electronic Nicotine Delivery Systems (ENDS).

JUUL is shaped like a USB Flash Drive and comes with a rechargeable battery attached to it.

Inhaling an e-cigarette is often called “vaping” or “JUULing.”

How do e-cigarettes work?

Most e-cigarettes consist of four different components, including:

When you heat the liquid, it turns into an aerosol, and when you inhale this aerosol, the power gets activated, which commonly is indicated by an LED indicator. Some e-cigarettes may contain a high amount of nicotine that is equivalent to a pack of 20 lettes.

What are the Disadvantages of E-Cigarettes?

Many e-cigarette brands have claimed that the use of e-cigarette can bypass many health risks of tobacco smoking. Though there are also some related reports about the dangers of e-cigarette, an e-cigarette may lessen your cravings for smoking tobacco, but it has its potential risks too. Here are some well-known and confirmed chances of an e-cigarette.

1. High in Nicotine is the main disadvantages

Reports have shown that some e-cigarettes contain a higher amount of nicotine content than usual and may lead to severe health conditions. Nicotine was found in some famous brands of e-cigarettes despite claiming that they manufacture the nicotine-free substance.

Studies have shown that e-liquid contains traces of heavy toxic elements like lead, cadmium, and di-acetyl, which can lead to different types of cancer. All the elements when inhaled may collect in your lungs in the form of fumes that are carcinogenic. You need to assure the presence of toxic elements if you go for a specific flavour.

Though it is safer to vape than smoking and is restricted to younger people, many teens and kids are getting addicted to the use of e-cigarette. This may lead to further addiction among them, maybe cocaine or conventional smoking. The multiple flavours and tastes may seem attractive to youth to draw their attention to vaping.

Just as a tobacco cigarette, when you vape, you exhale nicotine-based smoke which may affect the bystanders. This also puts them at higher health risks. Studies also show that vaping still releases carcinogenic elements when you exhale. These elements are in direct contact with the person standing or sitting right next to you.

Vaping can cause harm to the developing baby during pregnancy. The high nicotine content may alter your brain functions and elevate stress levels. This may also severely affect fetal development.

Scientists have conducted research according to which, some flavours are harmful to your health when inhaled rather than taken in a solid form. These flavourings may be safe to eat but not acceptable for the lungs.

A defective, dysfunctional, or faulty battery may lead to physical risks like fire and explosions. Such incidents have occurred in recent years that also have lead to serious injuries.

Which is a better e-cigarette or conventional cigarettes

The next question that arises in your mind is, which is better for you? Given the technicality of the use of each type, the vape, and the smoke, both have their effects on your health.

How do I choose the right e-cigarette for me?

Out of different types of e-cigarettes, you can find which one fits your need. There is a disposable, and there is a refillable electronic cigarette.

In a comparison made between mods, disposable, and JUULs, you can opt for a JUUL as it consists of a Flash drive like system for recharging and offers smooth and effective delivery of nicotine when you inhale.

A disposable e-cigarette, on the contrary, gives you more feeling of regular smoking.

If you are a passive smoker, you can opt for a vape pen; if not, try the pod system.

You can customize the level of nicotine contents as per your need. 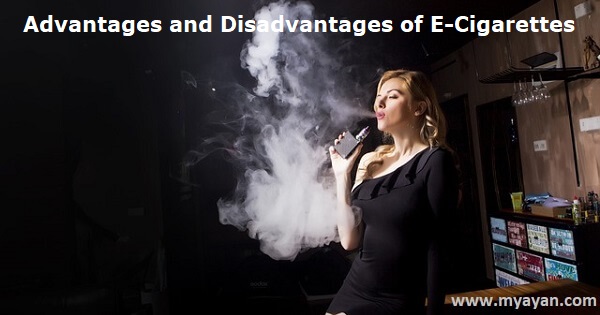 What is an e-cigarette?

An e-cigarette or electronic cigarette is a device that turns nicotine liquid into vapors that you can inhale through a pipe. This device comes in different types and forms. It has a rechargeable battery, a cartridge, a heating element, and a mouthpiece. Unlike traditional cigarettes, you do not have tobacco smoke to inhale but the e-liquid. When you inhale the vapors, it is termed as vaping.

How do you quit e-cigs?

There are no magical words to make you quit e-cigarette; just like a regular cigarette, withdrawal may take some time. Set your schedule of intake and restrict yourself to a particular limit. Prefer coffee or beverages over nicotine and involve yourself in physical exercises.

Yes, reports have shown that the e-liquid or vaping liquid consists of several toxic elements like Lead, Cadmium, and hydrocarbons. When you inhale flavored vapors, they chemicals sit at the bottom of your lungs. Regular use of e-cigarette may also disturb your brain activity as well. Some accidental reports have also surfaced in recent times where people were severely injured from the device explosion.

Is vaping dangerous during pregnancy?

E-Cigs might have fewer effects than regular cigarettes, but they may affect your health during pregnancy as the liquid contains a higher amount of nicotine which is also dangerous for fetal development. The other risks involve increased stress levels and hypersensitivity.

Is e-cigarette better than smoking?

Vaping is considered less harmful than smoking since it does not affect your lungs adversely and has no tobacco particles. Technically, both smoking and vaping have their side effects on your health. If compared to the risks and side effects of smoking, you can choose an e-cigarette over conventional cigarettes.