Advantages and Disadvantages of Green Tea

Green tea is well-known for its health benefits. Since the past times, green tea has been prevalent in Aisan countries such as Japan, Thailand, and India. While green tea may offer many advantageous results, including several health benefits, it also has a few disadvantages. Green tea is also considered a remedial herb for some health conditions. Let us look more into details about the Advantages and Disadvantages of Green Tea and how what ailments it is said to treat.

What are the Advantages of Green Tea?

Originated in China and later spread through Asia, Green Tea undergoes the same oxidation process like regular black tea and is one of the most used beverages in Asian regions. Due to its numerous uses and effects on health, Green Tea is now exported to the world market as well. The benefits of Drinking Green Tea can save you from the following problems.

One of the evident benefits of drinking green tea or applying its solution directly to the surface reduces cervical dysplasia caused by human papillomavirus (HPV) infection. Drinking Green tea continually for about 10-16 weeks helps prevent genital warts as well.

Ladies who regularly drink green tea are proved to have a lower risk of developing ovarian cancer. Green tea does not have any evident cure against ovarian cancer from recurring in people with a history of ovarian cancer.

Drinking one to four cups of green tea every day provides the most protection against developing Parkinson's disease. A 2007-based study said that green tea can be a new treatment for skin disorders and inflammation and is the most trusted natural treatment against Psoriasis and dandruff.

Green tea can also impact or trigger some other health conditions. Some people may find it allergic, as Green Tea may cause an increase in the symptoms or progression of disease in their bodies. You need to restrict the intake due to some of these Disadvantages of Green Tea.

A Glaucoma is a group of eye conditions that damages the optic nerve and decimates the vision. This eye condition is often caused by high pressure in your eye. Green tea is not recommended to patients with Glaucoma because green tea can increase pressure on the eye, which can last up to the next 90 minutes.

Green tea does have caffeine like coffee or regular tea. If you are caffeine sensitive or are having sleep troubles or anxiety, you must reduce or Green Tea intake; otherwise, it may cause insomnia, anxiety, irritability, nausea, or upset stomach.

Green Tea reduces the clotting effectiveness of platelets in the blood. If you are taking anticoagulant drugs such as Coumadin/Warfarin, it is recommended to avoid drinking green tea because it also contains Vitamin K. Green tea consequently will slow down the clotting process, which may also lead to bleeding or bruising.

Green Tea has caffeine and you should avoid taking it if you have already taken nicotine. Nicotine speeds up the nervous system, green tea can also speed up the randomness and make you feel jittery and increase your heart rate.

Drinking green tea is unsafe for ladies during pregnancy when consumed excessively. It is recommended to drink not more than 6 cups of green tea throughout the day during pregnancy. Risks of drinking Green Tea during pregnancy result in dizziness, vomiting, diarrhea, heartburn, irritability, sleeping problems, and worst-case scenarios, miscarriages.

Green Tea is a remedial herb for sure, but overshot of everything is harmful to health if consumed for an extended period in more than necessary doses (8 Cups or more). However healthy it may be, there must be some precautions you need to follow at hand in order not to get on the unsettling side. 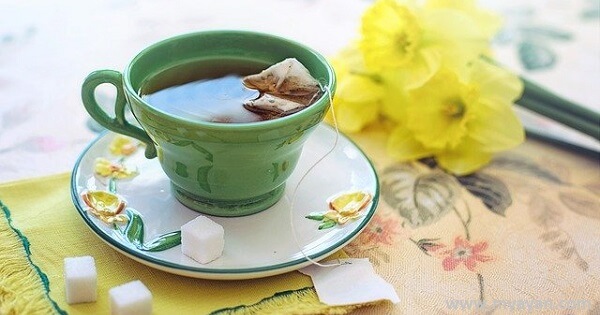 What is the best time to drink green tea?

The best time to drink green tea in the morning is around 10:00 to 11:00 pm on an empty stomach. You can drink a cup of green tea between meals, for example, two hours before or after having meals. This will amplify the nutrient intake and iron absorption. If you have anemia, you must avoid drinking green tea along with meals.

What are the side effects of green tea?

How much green tea is good for health everyday?

4 to 6 cups of green tea every day are adequate. One should note that a maximum of 6 cups is enough during pregnancy; otherwise, that may cause complications.

Green Tea can help you lose harmful abdominal fat; however, there is a mixed response by researchers stating that in some cases there was no effect on body fat of some people who drank green tea everyday.