Advantages and Disadvantages of Electric Cars 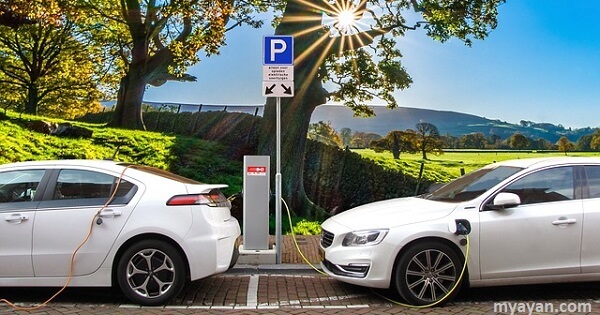 Fast or Safe? Clean or Inconvenient? Expensive or budget-friendly? Attractive or not? Here are some facts and findings of Electric cars you need to know. Friendly for the air, E-cars leave no emissions or greenhouse gases which make them everyone’s favorite. But there are some advantages and disadvantages of Electric cars that should be kept in mind. There are certain drawbacks of using rechargeable e-cars that you need to consider if you have planned to get one light and efficient vehicle.

A glimpse at Electric Cars

The first Electric Vehicle in the USA was developed in the 1890s by William Morrison from Des Moines, Iowa. This Electric Vehicle had a capacity of six passengers and could reach up to 14 mph. Probably the speed was one of the major concerns of the people back then.

As time sped, so did the awareness of consumers about the environment and Electric Vehicles got more and more attention from buyers and manufacturers because of some significant benefits. Many leading automobile manufacturing companies have been working to boost EV’s speed and fix some other shortcomings to get it to you.

Finally, in 2008, Tesla launched its first fully battery-equipped, eco-friendly electric car, and the rest is all you know. Just not to let things go out of fashion, the manufacturers have notched up speed up to 93 mph (150 kph) and also the production of electric cars. People seem to love electric-powered vehicles which are expected to bring revolution by 2030. This is why many companies have followed Tesla in the production of E-cars, and many are yet to step in.

What is the Difference Between Gas and Electric Cars?

To see, there is nothing different between a gasoline car and an electric car; to know, there are many. Electric vehicles are now modeled according to the needs of customers, the design they prefer, and the eco-friendliness factors.

Electric Car consists of an electric motor that is connected to a powerful earthed battery while a gas-run car has an engine and a fuel tank.

An electric car’s mechanism is based on electrical energy while a conventional vehicle uses mechanical energy.

An electric car uses electric flux to move the rotor while a gasoline car uses internal combustion to move.

What are the advantages of Electric Cars?

The differences between e-car and gas car are also the key factors contributing to the advantages of an electric car over gasoline car. Here are some to help you choose between the two. As every coin has two sides, the EVs also have their pros and cons for 21st century consumers. Let’s see what the pros and cons of electric cars are.

1. An electric car is Less Expensive to Buy

If you are giving a thought to the switch to investing in an electric car, mind saving more money. An electric car may be a one-time investment, but it might be a hefty toll on your wallet too. However, a gas-powered car costs you more while refueling. According to a study conducted by the University of Michigan’s Transportation Research Institute, the average cost of fueling an EV in the US is 485 USD a year, while the average of a gasoline-powered car is 1,117 USD a year. Either way, your cost is covered adequately even if an electric car hard to buy. All in all, this one-time investment is worth investing.

2. An electric car is the cleanest way of Transportation

No gasoline means no combustion; no combustion means no carbon emissions. According to the US Environment Protection Agency, An average gasoline vehicle emits about 4.6 metric tons of carbon dioxide per year. By using an Electric car, you are not only making it safer for yourself but also protecting your environment. On the other hand, electric cars produce little or no local air pollution and have the potential to reduce greenhouse gas emissions. The best advantage of an electric car is that you also don’t have to wait at the gasoline station for a refill.

3. Electric Cars help you save money

With every refill saved, you save your money that could have also harmed the air. Give a double pat to yourself; you just saved your money and the air from being polluted. Also, Hi-powered batteries fixed in electric cars help you feel free of the heightening gasoline prices. Electricity may be hard to produce, but an electric car is a cheaper option when it comes to refilling. Single recharge of an electric car can take you to at least 300 miles (482 km).

The hi-tech support system is built into electric cars that you can rely on as freely as a gasoline car. An electric car undergoes the same testing and driving phases that are essential for a passenger’s safety. In the case of a mishap, airbags open up, and the electric supply gets cut off from the battery to avoid further injuries to the driver and the passengers. Don’t forget that electric car is not as fast as regular gas cars, perhaps slower, but it’s better to be on the safer.

5. An electric car has a low maintenance cost

You don’t have to worry about the hassles of changing the engine oil or lubricating your car parts since the entire mechanism is based on electricity. And, yes, as mentioned before, it’s an electric motor that runs inside an electric car, so, no need to send your car to the service station and wait for the mechanic to count engine problems.

For those who like to flow quietly and majestically, an electric car is just the right option for you. Along with the smoking silencers, electric motors make it least disturbing for you and others while you accelerate more. Unless you like to rev up your engines and want to participate in a movie-like race or something, you can reduce noise pollution to a noticeable extent to contribute to nature as well.

There are still some things to keep your eyebrows up while buying a new electric car. Concerns are many, and these are genuine if you already own an electric vehicle.

1. Charging Stations are hard to spot

The unavailability of charging points is one of the main downsides of an electric car. While the companies are aiming to manufacture more and more electric cars, installation and locating charging points is still an uphill task for many e-car owners. The charging stations are located fare enough that some consumers have to travel no option but to travel that costs them time as well as battery power.

Installing a power station at home may increase your utility bills drastically and can disturb your budgeting. Since your e-car is totally dependent on electricity, most of the power will be distributed while the car battery is charged.

3. Charging Time is way too longer than refuelling

Time is of the real essence, and time is money. When you compare charging your car batteries to 100% level with refuelling your gasoline-powered car, the latter is blatantly more time-efficient option. It may take hours to keep up the battery level to full.

4. Battery replacement is the most expensive

Batteries of an average electric car are expected to last up to 10 years maximum, that too if taken care of timely. Once your batteries are no longer usable, buying a new set may pinch you a lot. Given the cost of accessories, a new pack of batteries will be the most expensive one.

6. Electric Cars are limited to weight

Weight is directly proportional to the car’s mileage and power consumption. You can carry a limited number of passengers or luggage to ensure you reach the destination timely while conserving your battery power and utilizing it wisely. While power stations are still under development, no one would want to imagine themselves get stuck in the middle of the journey.

As environmental concerns are more on the round table of the UN, leading car manufacturers are also growing awareness of the impact of carbon footprints in the future. E-cars are the most sustainable option so far, and with the day-to-day advancements, Electric vehicles are expected to run the economy soon. More than 40 countries have accepted electric cars as an eco-friendly option for transportation. As for the costs and availability of resources for hopeful e-car owners, there is only one piece of advice; wait until this technology gets better, cheaper, and easily accessible.

How long do electric cars last?

Electric vehicle battery lifespanElectric cars are designed for a lifelong use, but the accessories and batteries may have a limited period of use. The Li-Ion battery is expected to last for up to 10 years. That also depends on how you take care of the maintenance of your vehicle. Currently, most companies offer 8-year/100,000-mile warranty for their batteries. This may change in thr coming years w.r.t technological advancements.

What is the right time to buy an electric car?

What are the pros and cons of electric cars?

Electric cars are safer, and eco-friendly option as compared to conventional engine-powered cars. A single charge can help you cover a minimum of 300 miles distance. The downsides of electric vehicles include long charging time, load on utility bills, and the restrictions on long journeys.

Which electric car manufacturer is the best?

Tesla is known to be the biggest manufacturer of electric vehicles. The company has been working on technological advancements and was recently reported to team up with Google to test electric cars for automated driving to ensure the safety of the passengers.