Advantages and Disadvantages of Globalisation

How do you see the world through the same glass? Globalisation is the concept that pretty much assures us to be that glass. Why do most companies prefer to globalize their market? Because of ease and seamless operations lead to generating more revenue, clientele, and jobs. Globalisation is a great way to be known and be at the top of the market. Does Globalisation have downsides? If yes, the advantages and disadvantages of Globalisation here list some compilations of facts to begin the debate.

Consider your workplace where employees come to work from different addresses receiving benefits and services in return for their efforts. Now consider the world as your workplace with no geographical restrictions where people conduct the same business processes at a higher level. The game gets better. Workers produce goods and services that are free to move around the world with better trade options. Nations can collaborate and work together on challenges.

What are the advantages of Globalisation?

Even though the world can communicate better working towards betterment from all the aspects, some intellects deem that Globalisationis surrounded by both the pros and cons, which might intervene with the cultural and social systems of other nations.

1. Better Use of Resources

One of the most recognized advantages of Globalisationis that nation can come up together to utilize resources for the good of humankind. Be it a US-Indian Army joint exercise recently the G-summit and SAARC, or even Amazon and e-bay offering their services to the global customers. When nations collaborate to fund and work on common goals, then more money becomes useful for needs other than national defense. This way, countries can work effectively to invest in the right direction besides just warfare.

It’s Globalisation that creates more opportunities for people who look for better opportunities and can migrate to a better place where they can maximize their skills. With no border restrictions and geographical refrainment, skilled people have a chance to capitalize on their economic welfare. Take an example where skilled laborers work for ten straight hours under development nation; on the other hand, there are people with the same skills who earn more wages for a fixed work duration.

Globalisation enables people to communicate freely by promoting business in different countries. Besides jobs, as in BPOs, KPOs, IPOs, and RPOs, people have a great learning opportunity to learn and know different cultures and languages. By vanishing border and cross-cultural restrictions, even the world's least developed countries can have communication access.

4. Globalisation is the way to develop nations faster

Many countries are still not able to provide the basic amenities needed to build a livelihood. In many developing countries most of the population hailing from an agricultural society still struggles to make ends meet because of the inability to acclimate into the industrial sector. By removing border barriers and promoting the right products and services in the right place could tackle the problem of the population. This also paves the way for the improvement of financial status for such people.

International business trade is on a high where you can easily spot a Chinese product around you in the US. This is because of the free flow of goods and services. A reduced amount of taxes on imported goods can encourage more and more companies to trade with freedom. The goods and products can range from high-value items to luxury items. At present, there are more than 1500 different restrictions imposed on the global import and export market.

What are the Disadvantages of Globalisation?

1. Local Nationals are deprived of employment

2. Crisis in one country can affect the other

Some major sportswear companies send their manufacturing jobs to countries like Bangladesh, where it is easy to find cheaper labor. In case of a crisis in Bangladesh, the economic structure would also be affected directly, which is also unprecedented. Be it a natural disaster or a human error; the business is at the risk of loss in terms of resources and products.

Disease travels with people while migrating; the Ebola outbreak can be taken as a severe example that surfaced up with some cases in the United States and the UK. The idea of globalizing seems incapable of curbing tissues like these. If the global travel restrictions are lifted, deadly virals and diseases will spread quickly to the least affected parts of the world, causing a major outbreak.

Global poverty is one of the significant disadvantages of Globalisation. Thousands of refugees from Syria seek entrance to other countries by any means. Even if they are given immigrant status, they would still be unemployed and have no supplies for livelihood. Also, if governments lift the border or geographical restrictions, refugees will add to the impoverished. There countries already running some programs for poor local households would have some more burden to handle, which will disturb the entire program.

In this age of technology and artificial intelligence, the world market is expected to switch to smarter and updated skilled professionals. The developed market is the first to adopt such methods. In this scenario, those skilled with conventional techniques will be limited to such upgrades and have to leave eventually. A laborer is more likely to get affected due to the advancement of technology. 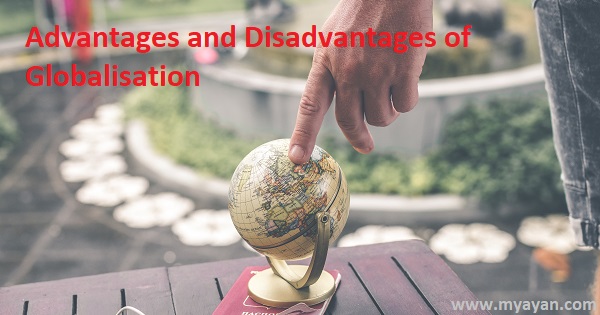 What are the advantages and disadvantages in globalization?

The increasing trend of globalization has led to a redistribution of economic power across the globe. This has resulted in economically powerful nations gaining dominance over developing countries. However, globalization usually causes a trade deficit as imports grow faster than exports. This can lead to a balance of payments problem.

What is the advantage of globalization as a student?

Globalization encourages students to explore new knowledge and develop their abilities. It also helps them be more critical thinkers and work with others to make sense of new situations.

What are the advantages of globalization in communication?

With the advent of electronic communication, society has become more global, eliminating distance as a barrier to communication. This has led to several benefits, including making the world a smaller place, increasing business opportunities, and improving cultural education.

What are the advantages of globalization in the Philippines?

There is evidence that globalization positively affects a country's economic growth and employment. In particular, trade openness and foreign portfolio flows have contributed to higher per capita GDP growth in the Philippines, following FX liberalization reforms.