Advantages and Disadvantages of Geothermal Energy

Geothermal energy is one of the best renewable energy sources we can have to sustain for future limitations. This energy source is considered the most advantageous amongst all the natural sources of energy, which is also used to produce a massive amount of electricity. How far can we last on this source? How efficient and clean geothermal energy is? Can we rely on the extremely heated source sitting at the core of the earth? Let’s separate some of the advantages and disadvantages of geothermal energy to understand it better and conclude whether it’s as efficient as believed.

What is Geothermal Energy?

For those willing to dive into the concept of geothermal energy. This term itself defines its meaning that is comprised of two Greek words “geo” and “therme” translating into the heat of the Earth. You may be aware of the fact that Earth’s core is extremely heated and comprises magma. Scientific landmarks have made us capable enough to harness this energy source for good.

This heated core heats the water; some of you might have heard about the hot natural water springs. This is how geothermal energy works at its simple best. It all happens because of the Earth’s heated core. Geothermal power plants utilize this heat to turn water into steam and use it for various applications. Geothermal energy is used for domestic purposes such as cooling, heating, and electricity production.

As stated by International Geothermal Association, Geothermal energy is also able to create additional revenue by offering multiple uses of the geothermal byproducts such as health & beauty products, attract tourism, and the increased interest in lithium production from geothermal brines. Geothermal energy can serve as a bridge towards a sustainable future, supporting the transition from a fossil-fuel to a renewable source-based economy.

What are the advantages and disadvantages of Geothermal energy?

USA heads the list of countries utilizing geothermal production currently followed by Philippines, Indonesia, Mexico, and Italy. The world population consumes about 15 terawatts of electricity produced through geothermal energy. It is time to head to know the reason why geothermal is a sustainable power source and is a better option than other conventional energy sources.

1. GE is a Renewable Source

One of the visible benefits of geothermal energy is unlimited availability. You can find this energy source to be useful as long as the earth lasts. Geo energy is a renewable source that surpasses its counterparts like fossils and coal. Also, the reservoirs are natural and can open up many advantageous ways for future sustenance.

Unlike Wind and Solar energy, geo-energy is also not restricted to climatic conditions. Solar energy can be harnessed only during the daytime, and wind energy relies only on the winds. Surpassing these two, geo-energy depends on the magma available in the heart center of the earth continually.

Geo-energy is comparatively less harmful to the environment since the energy is harnessed through hot water reservoirs without the use of chemicals or gaseous processing. This means no carbon footprints are left as there is not any combustion, as in the case of Fossil fuel and coal. Clean energy is utilized to produce electricity that, too, without disturbing the atmosphere. According to research based on energy, an average geothermal power plant can release approximately 122kg CO2 for each megawatt (MWh) of electricity produced. This evident figure is equivalent to an eighth of the carbon emissions emitted through a coal power plant.

This source of energy is stable and unlike solar energy and wind energy that either fluctuates in the absence of sunlight and wind, respectively. Geo-energy seldom fluctuates and can provide a 24X7 supply regardless of the superseding the weather limitations. Depending on power needs, geo-energy can also be ramped up or down. Due to achieving a high capacity factor, geo-energy generation is scalable and can meet the energy demands depending on the current baseloads.

Geo-energy is the best alternative to energy sources that are expensive to transport and process. This means answers to solving much of the economic crisis lies at the center of the earth.

One of the notable advantages of geothermal energy is that it provides national security by making a nation self-reliant. The vast amounts of energy production make a nation switch from nonbeneficial energy sources lie fossil fuel and coal, which also helps save import or export costs substantially. A nation not only reduces harmful emissions but also reduces the financial overhead and cuts the dependency on the fuel markets. It's a win-win in terms of financial security and environmental conservation.

Though nature does not affect geothermal energy, the rain may hinder working at geothermal power plants by seeping into reservoirs through the earth's surface. In this case, they are feared to be depleted faster, turning a geothermal reservoir unsustainable or less productive.

Although greenhouse emission is relatively low, geothermal power plants pose a threat to the environment. There are methane deposits beneath the earth's crust that, upon drilling, get released into the atmosphere. The extraction of geothermal energy often poses a threat to the emission of greenhouse gases like carbon dioxide, hydrogen sulfide, and ammonia.

This emission may be relatively lower than other combustible fuels. GHG aside, geothermal plants are also connected with the discharge of silica and sulfur dioxide. The reservoirs are also reported to contain heavy metals like mercury, boron, and Arsenic.

3. Geothermal Power Plants are expensive to set up

The process of extraction and drilling does come at a considerable cost. Establishing and setting up since a geothermal power plant is highly expensive. Even if we accept the fact that geo-energy is cheaper, the expenses covered undeniably higher, which also takes time to recover the expenses. For a fully-operational geothermal power plant with a capacity of 1 megawatt (MW), it would take around 2 to 7 million USD.

Deep drilling down the earth make the ground unstable and causes tremors in the locality. Geothermal power plants generally use the method of hydraulic fracturing that critically damages the land and makes it disturbing for the residents.

Setting up requires large spaces to establish, which is definitely not easy for homeowners. Geo-energy is considered for industrial use but may not be a good idea for homeowners. Different types of power plants take up varied land space. Installing heating pumps also cover land that may or may not be used again after drilling is done. This only makes a massive piece of land unusable. 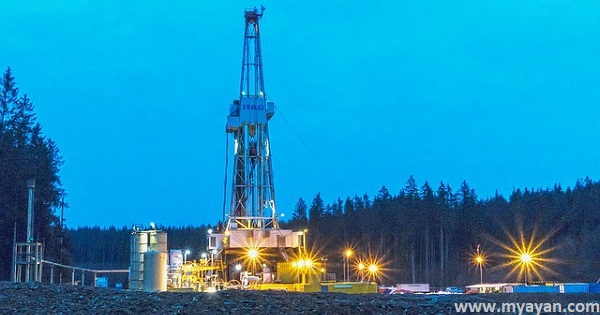 Why is geothermal energy better than fossil fuels?

As experts say, geothermal energy is relatively cleaner, more efficient, and more cost-efficient than conventional fuels like coal and fossil fuel. Geothermal energy is also a better alternative to Solar and wind energy since this energy source does not rely on wind or sun.

Is geothermal energy good or bad?

Geothermal energy is unquestionably a replenishable source that also is a cleaner option for survival. Given that Geo-energy has many uses, including domestic, commercial, and industrial. If looking at the positive aspects, there are downsides to geothermal energy, as well. The main reason why it's bad is the cost incurred while establishing the operations and extraction.

What are bad things about geothermal?

Deep drilling may cause a leakage of greenhouse gases into the atmosphere. Also, due to drilling operations, the land in the vicinity of geothermal power plants becomes unstable, leading to tremors and earthquakes.

The initial cost to set up geothermal energy plants is higher at both the domestic and commercial scales. Once fully operational, it is the least expensive source of energy to provide numerous benefits that can last for centuries.