Advantages and Disadvantages of Biomass Energy

Organic matter brings counts of sustainable solutions to overcome the energy crisis. Biomass, or commonly known as bioenergy, certainly helps reduce greenhouse gases to a noticeable extent. BioMass fuel being clean and a renewable source of energy is now proven to be outstanding the rest of the fossil fuels. Nature’s cleaner gift also comes from the ground, contributed by animal and plants decay. Biomass energy has been used for ages, and now, in the modern world, it has found more ways to ease daily life energy use. There are certain Advantages and Disadvantages of Biomass Energy that must be looked at while we set our foot into a better future.

What is Biomass Exactly?

It is all organic matter, which is also a renewable form of energy that is utilized for several different purposes from burning as a fuel and for electricity production. Generally used for heating purposes, biomass is also used in farms as fuel, and animal manure is also mixed with this natural decay to convert it into gas. So what are the types of Biomass energy? You can say it is the leftover of all the natural matter not exactly like fossil rather more of some recently dead matter. Wood-waste remains of Agricultural crops, animal manure; everything contributes to Biomass.

Sure to say, we have many benefits of Biomass when transformed into energy. This stuff gets the better of time to let decompose into usable amounts. Wood being the major source of biomass, plants also take oxygen and release carbon dioxide into the atmosphere. This process is identical to humans; we breathe oxygen in and release carbon dioxide. Water and Carbon dioxide are the key players that lead to the formation of biomass.

There are different phases of converting natural decay into biomass energy, namely Combustion, Gasification, Pyrolysis, Bio-digestion, Fermentation, etc. When compared to other conventional sources of energy, there are many advantages of biomass upon undergoing these processes.

Biomass has been existing ever since the evolution of nature, and a long while later we gained conscience about its uses and benefits. Altogether redefining the use of natural sources, Biomass energy benefits us in many different ways. There may be a possibility of us being dependent on this source of energy in the future as an environment-friendly fuel.

Concerns for climatic change are alarmingly staggering right now, and the United Nations are considering every possible measure to reduce the carbon footprint. Biomass steps are as the cleaner option to its counterparts, such as fossil fuel and conventional fuel. Also, according to many researchers, the carbon emission is almost zero as the only way Biomass relates to Carbon is during decaying and absorption of dead plants and animal matter.

2. Biomass as a Renewable Energy Source

The formation of Biomass is an organic cyclic process that repeats itself after a certain period and when the mass gets replenished. Let’s not forget that we never stop producing waste, which is much more critical for the formation of the production of Energy. Regrowth and reuse of these Biomass compound quite evidently support the fact that Biomass is going to last as long we are here on earth.

Imagine a fuel that we can rely on forever without any fear of losing its vitality. Next to solar and wind energy, Biomass and decaying matter can be found in plenty that can be found everywhere. Not to skip the fact that we must direct its use in a much-purposeful direction. In 2018, the USA consumed 5.13 quadrillion British Thermal Units of Biomass-based energy, which is expected to plummet by 2040.

Biomass is just the matter present on the surface of the earth; the production process doesn’t even cost you money and is also cost-effective. You don’t have to invest in any digging or extraction, as in the case of coal or petroleum. Don’t you forget that when the cost of mass production is lowest for manufacturing, the consumption cost will also reduce to help you rid your worries?

Natural waste is produced every day by animals and plants that one does not have to consider landfills and space for its storage. This everyday waste can be efficiently put to beneficial use. Organic matter reduces the chances of pollution or any contamination caused by the debris. Since the Waste is 100% degradable, there are minimum requirements of space for landfills, and more space is expected for humans.

As always, a darker shadow follows every bright side, there are some notable things one needs to consider about Biomass Energy and its production. Some of the disadvantages of Biomass energy are either related to its use, while some remain persistent with its output and scale of application.

No doubt, the commercial or industrial production of Biomass energy will need loads of space. One can bring a thought of setting up a processing mechanism in rural areas; however, it cannot be imagined in a residential or populated area. The processing and decomposition may also affect the people in the locality.

Since plants survive on water besides sunlight, constant life support must be provided to the plants in order not to delay the process of decaying. This directly affects irrigation costs and also affects wildlife and people since the use of water is directed from other useful purposes.

Massive production means deforestation on an enormous scale. Deforestation on a large scale can affect the ecosystem and also disturb the animal habitat, which may cause some species to be extinct. Deforestation remains one of the significant concerns about whether to use Biomass Energy or not. Cutting down the trees at a faster rate won’t be the same as the speed of planting saplings.

The decay of organic matter and manure (that consists of Animal and Human waste) may not emit Carbon Dioxide, but it releases Methane gas in larger amounts that affect the environment and harms the ozone layer. Considering the stench, unwanted elements tend to get attracted to organic waste much easier as well.

5. It is Comparatively Inefficient

Let’s talk in terms of combustion and processing; conventional fuels like petroleum and gasoline outrun Biomass. These conventional fuels can offer reliable fuel solutions as compared to Biomass, which is often mixed with other fossil fuels to obtain more effective results. Therefore, this is another considerable thought that why should not we switch to fossil fuels instead?

Even though there are contradictions that surround the uses and applications of Biomass, the upside is that Biomass energy is cheaper and easily accessible. There are still some things that need to be looked at given that, how do we deal with the raising concerns for the environment and our surroundings. 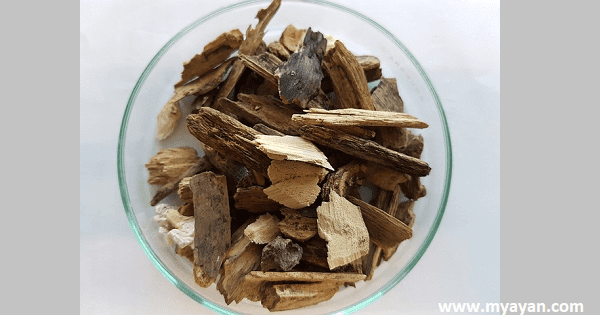 What is biomass energy?

Biomass energy is the output of organic material which is further processed and converted into energy. Biomass is the waste material that includes manure, human and animal garbage and is absolutely degradable in nature. The remains of agricultural produce also contribute to Biomass.

What are 5 types of biomass?

We generally use four types of biomass viz. wood and agricultural products, solid human and animal waste, landfill gas and biogas, and alcohol fuels including Ethanol or Biodiesel. Most biomass used at present is either grown at home or at a farm.

What are three examples of how bioenergy is used?

Bioenergy is what we obtain when we process biomass. Biomass is obtained from agricultural, industrial, household, and forestry in the form of biodegradable outputs e.g. anaerobic digestion is used to produce biogas, gasification is used to produce syngas or by direct combustion. Some common sources of Biomass straw, plants, manure, rice husks, sewage, and food waste.

Why Biomass energy is bad?

According to NRDC, burning Biomass is Bad for Health while the impacts of burning biomass on the environment are also noted. When power plants process biomass as fuel in particular it can increase carbon emissions compared to coal and other fossil fuels for decades. Also, biomass releases Methane gas if it consists of manure and animal or human waste.