Advantages and Disadvantages of Coal

Coal is the most easily accessible power source. But how easy it is on your health and for the environment. Is it worth investing in this source of energy when we have plenty of other cleaner alternatives? This natural source may not be renewable but is still down the earth’s surface in abundance. What are the Advantages and Disadvantages of Coal, as many countries are still digging holes to get the most out of it? Come you on, and let’s put some light on the facts you need to know.

What are the advantages of Coal?

Being China, one of the top coal producers worldwide, USA, India, Africa, and Russia follow the order. No questions that coal is the first and oldest source of energy for humankind. But with further technological advancements, more questions surface whether it is kind enough to humans and the environment. By the by, reports are flooding about the negative effects of coal on from every aspect. Playing a pivotal role for the domestic as well as Industrial purposes, here are some main advantages of coal use.

It is obvious the more mining will means more employment options for the world population. China has the most number of coal miners engaged in the mining operations at present who also contribute to the country’s economy. The transportation system also relies majorly on coal mining. In the USA, thousands of truckers are employed by about 52 coal companies.

2. Coal is Cheap and Abundantly Available

Electricity produced by coal power is quite cheaper than its counterparts like solar and wind energy. The cost is quite noticeably less than $0.03 per kilowatt-hour. This energy source is available beneath the earth's surface in plenty and is used in domestic and industrial purposes because it also comes cheaper. This makes coal an easily affordable source for families worldwide apart from the coal processing companies.

The first steam engine used coal as a fuel since then; coal has been used in many applications. One such application of coal is the production of electricity. This fossil fuel supplies 40% of the world’s electricity needs. According to the US Information Administration, 27% of electricity was generated using coal as the second-largest energy source in 2018. Nearly all coal-fired power plants use steam turbines. A few coal-fired power plants convert coal to gas for use in a gas turbine to generate electricity.

Being cheaper and easily accessible, coal, unlike Solar Energy and Wind Energy, is available anytime and any day of the year. The underground mining operations are never affected by the weather the wind; this also gives a benefit of coal use over solar energy and wind energy, which are limited and mostly rely on nature. Also, you have to invest capital in the installation of Solar panels and Wind energy turbines for power generation, and coal overpowers these two in this aspect.

This fossil fuel has multiple applications and uses. Industries often use coal to obtain silicon metal and carbon fiber, and many other byproducts including coal tar and dyes. Coal can also be converted into gaseous or liquid states to create a cleaner fuel for sustainable use. Don’t forget that the world’s most expensive piece of jewelry diamond comes out of the same carbon structure as that of coal.

Also See: Are you Known to Biodegradable Plastic Pros and Cons?

What are the Disadvantages of Coal Use?

Amidst the benefits and uses of coal, hide the dangers and risks of coal. This is what makes coal a threat to the environment as well to humans. Despite being abundantly available, there are disadvantages of coal you should not overlook considering the ongoing climatic changes.

Coal can last up to the next 400 years, provides millions of employment opportunities worldwide, and is cheap to use for household & industrial use.

One of the disadvantages of coal is the negative effects on the health of workers and miners. Miners or nearby people inhale fumes of burning coal are exposed to the hazards of these fumes. Coal mining is also dangerous while digging and mining; many fatalities occur as a result of excessive digging and getting trapped under the debris. Oxygen level depreciates as caves are dug deeper and deeper, eventually leading to respiratory problems for miners.

Apart from health hazards, researchers have also found many negative effects of coal on environment. The major concerning factor is deforestation that also degrades the land. The digging and mining disturb the wildlife devastating the ecosystem and endangering the inhabitants. Unnecessary mining operations put the ground at the risk of natural calamities like soil erosion and land sliding in the mountainous regions.

3. Coal Emissions are Hazardous for Humans and Environment

Most of the byproduct leave hazardous radiations. Coal Ashes that settle around the surrounding areas or the coal plant can produce up to 100 times more radiation than a nuclear power plant reports Scientific American. Coal combustion also produces toxic compounds like Nitrous Oxide and other heavy metals. People with exposure to these compounds are usually at the risk of fatal diseases such as asthma, black lung commonly known as Coal Worker's Pneumoconiosis, and suffocation.

Raging fires beneath the coal mines continue burning for years and years. One potential risk of coal combustion beneath the earth's surface releases smoke that contains higher amounts of Carbon Dioxide (CO2), Carbon Monoxide (CO), Methane (CH4), Nitrous Oxide (NO2), Sulphur dioxide (SO2) and other toxic greenhouse gases. These gases are the major contributors to Ozone layer depletion.

Every country experienced a sharp change in the climate this year. Where the UK and Europe were majorly affected by heatwave, the Middle-east also couldn’t stay untouched by the shocking rise in the temperature. 2019 was recorded the hottest year all because of abrupt changes faced worldwide. Given the fact that coal combustion throws back all the harmful gases and in the open air, it also emits some amounts of Methane, which is even more dangerous than other greenhouse gases. Methane not only dissipates in the atmosphere quickly but also gets extracted at the bottom of the sea, hence affecting the marine life adversely.

Mining operations not only rids the land of wildlife but also forces people to relocate, given the fact that the air quality is no longer healthy to breathe. The soot released upon continuous combustion of coal leads to severe health problems. Established communities in the vicinity are more prone to deadly ailments as there are forests to clean the air quality. Eventually, the only option left is to leave the place.

Answers hold the questions, whether to rely on this fossil fuel that is decimating the environment at its cheapest best. Even considerable is to realize the time has changed. We need to figure out whether to rely on Coal for future needs or to utilize it for better and cleaner options. The recent climatic changes have triggered an alarm. The burning coal beneath our feet is even worse to imagine. 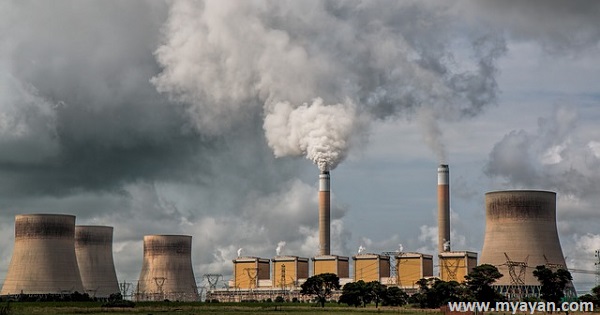 What are Risks of Mining on coal workers?

Coal workers' health is at more risks during mining operations as compared to transporters. Coal miners are prone to occupational hazards which may be an explosion, suffocation, respiratory disorders, such as Black Lung Disease, and Asthma.

What are the disadvantages of using coal?

Some primary disadvantages of coal-fired plants are the emission of Greenhouse Gases (GHG), Land Degradation, dangerous byproducts, deforestation & desertification of habitat due to mining, and release of toxic waste in the environment that threatens both the earthlings and marine life.

How efficient is coal as an energy source?

Ongoing research is toward moving the current average global efficiency rate of coal-fired power plants from 33% to 40% by executing more advanced off-the-shelf technology programmes to reduce CO2 emissions to two gigatonnes. The move is to allow this cheapest energy source for economic development and poverty reduction.

What are the benefits of coal?

Coal is readily available and the cheapest of all the renewable and nonrenewable sources of energy. It is a fossil fuel that is abundantly available down below the earth's surface. This energy source has been used for years as fuel for both household and industrial purposes.