Advantages and Disadvantages of Fossil Fuels

Advantages and Disadvantages of Fossil Fuels: You sure must have read about fossil fuels at school. But if you did not have time to find out what are the advantages of Fossil Fuels, here are some facts to boost your knowledge. What stays beneath the earth’s surface for years and years is extracted out in the form of Natural Gas, Coal, and Petroleum, and other products that can be utilized for Good use. Let us unfold some facts and uses of fossil fuels and how good it is for us in future times.

What are Fossil Fuels?

Everything and anything that is buried beneath the earth for years and is decomposed latterly turned into a fuel can be termed as fossil fuel. The stuff that contributes to fossil fuels can be dead animals or plants that undergo anaerobic decomposition. Keep in mind that this process may take decades, even centuries. Records state that three fossil fuel sources petroleum, natural gas, and coal have made up at least 80% of the total U.S. energy consumption for more than 100 years. Coal, Petroleum, Natural Gas, and other byproducts are majorly still in use for the good of humankind as well as for the bad of the environment. Let us now throw some light on the facts and the benefits of using fossil fuels.

There are numerous reasons why these fossil fuels are in use. Meeting the increasing global energy demands and supplying amenities to the world’s population, fossil fuel is one of the old companions of humans for ages.

From commercial sectors to industries, from home kitchens to your office, Fossils fuels have different forms that also have given shape to the global economy. These are a handful of benefits of fossil fuels.

1. Fossil Fuels are Full of Energy

Major products of Fossil fuels are coal, Petroleum, and Natural Gas. All are the leading sources of energy that are utilized to produce electricity, domestic fuel, gasoline, and even by-products for daily use.

Fossil Fuels in all forms produce a vast amount of energy on burning and have a high calorific value that even burning 1 gm fossil fuel can produce enormous amounts of energy.

No doubt that this energy source has been in use for centuries now. Fossil fuels are an essential power source for development and have contributed to such for centuries. This also gives us a thought to consider the fact that fossil fuels will be abundantly available in cyclic periods for as long as another couple of centuries.

Giving another through to the notion, every country has elevated their economic growth by the production, use, and consumption of Fossil fuels like Coal, Natural Gas, and Petroleum. Millions of people are currently employed in the fossil fuel industry globally. According to the US Energy and Employment Report, the traditional energy and energy sectors employ around 6.4 million Americans.

The cost of transporting equipment for installation for solar and wind energy systems is further complicated by production and transferring the power generated. Now, moving fossil fuels is relatively more manageable and affordable. The underground network of Pipelines is easy to lay down for transportation oil and Gas. Even though they might seem costly at first, but once installed and initiated, the cost reduces with its use over time drastically. On the contrary, the transfer of energy produced from the solar panel and wind energy turbines may not be smooth as they still need maintenance work.

5. Fossil Fuel Plants are easy to set up

The fossil fuels industry does not depend on specific natural conditions to produce energy on a large scale. Renewable sources of energy have a dependency on the sun, wind, and water while, fossil fuels are available widely. A fossil fuel plant can be set up anywhere irrespective of the location and geography or climatic conditions.

What are the Disadvantages of Fossil Fuels?

Over time consumption of fossil fuels have led to many concerns that have shaken many countries. Global warming and other health effects on humans and wildlife are some distressing outcomes of the use and processing of fossil fuels. These are some notable reasons why the use of Fossil Fuels is being considered.

This fact is no mystery and is also one of the grave disadvantages of burning fossil fuel. When burnt, fossil fuels emit carbon dioxide, methane, and nitrous oxide along with many other greenhouse gases. These gases, as known, lead to depletion of the ozone layer and cause global warming. The raised temperature has resulted in the polar ice caps melting, leading to an increase in sea levels and flooding. Up to 65% of the emissions which occur each year for carbon dioxide releases are directly associated with this resource.

They may recycle over a specific period, but fossil fuels period may be centuries if they get used and processed continuously. If we keep using these fossil fuels excessively without considering the facts and limitedness of these energy sources, we might run out of such sources. Shortage of Coal, Petroleum, and Crude Oil may also hamper global economic growth. Shortage or limited amounts of fossil fuels lead us to consider other energy options.

The emitted gases from the combustion of Fossil Fuels are mainly the ones responsible for causing ozone depletion and acid rain. The acidity can change the marine environment, affect crops, cause drought & famines. Continued use of fossil fuels could lead to adverse effects on the atmosphere, aquatic, and earthly life, as well. The leading poisonous gases dispersed into the atmosphere are Nitrous Oxide, Sulphur Dioxide, Carbon Monoxide, and water Vapours.

Coal is one of the most used fossil fuels whose mining also has many dangerous effects on human health. The dust released on digging and extracting coal leads to lung dysfunction and other severe chest diseases.

Apart from mining, oil drilling is also not touched by dangers and risks. Rigs and drilling wells pose a threat to many lives every year, and many workers suffer harsh health problems.

The pollution caused by fossil fuels is not only environment-friendly but also harmful to humans. According to the World Health Organization, around 7 million premature deaths occur just because of air pollution. The toxicity in the air can seriously affect the respiratory system and damage the lungs, even on the worse scale, trigger asthma. Citizens residing or staying in areas with high pollution are prone to diseases and short lifespan.

Amidst plenty of uses and controversies, fossil fuel have both helped us achieve a comfortable living and deteriorated the environment. As we keep marching forth, there must some technological answer to this problem fossil fuels cause. Alternatives are always on the table to come as a replacement. 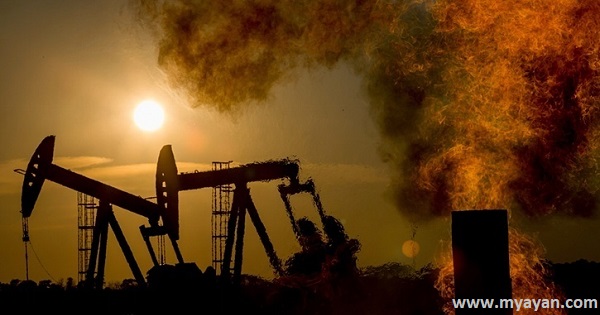 What are the main uses of fossil fuels?

Coal alone provides electricity to half the United States, Gasoline and Diesel being used for transportation and Oil and Natural Gas are used for domestic purposes such as heating and cooking.

What are some of the disadvantages of fossil fuels?

Main disadvantages of fossil fuels are that they are non-renewable sources of energy, fossil fuels pose a threat to the environment since the burning of fossil fuels is responsible for global warming. Also, mining coal deep beneath the earth is risky for miners. Fossil Fuel combustion also causes health Hazards.

How are fossil fuels found?

Fossil fuels such as coal, crude oil, and natural gas are found underneath the Earth's surface at varying depths. Fossil fuels are formed as a result of plants or animals that died millions of years ago and were buried below the surface and had undergone anaerobic decomposition.

How do fossil fuels affect humans?

Burning fossil fuels releases grave quantities of carbon dioxide, carbon monoxide, and other gases that directly affects the climate. Also, it emits volumes of pollutants in the air leading to a variety of illnesses including asthma and other diseases.