Advantages and Disadvantages of Biofuels

As an acceptable alternative to conventional fuel types, Biofuels have gained much attention from consumers in recent years. Biofuels are linked to many benefits, from cost-effectiveness to being an environment-friendly source of energy. However, is it too early to overlook the limitations of Biofuel and switch to it? The Advantages and Disadvantages of Biofuels explore the negatives and positives of this energy source.

Fuels that are extracted from plants, crops, or animal matter are known as biofuels. The most common types of biofuels are Ethanol, Biodiesel, Wood, Methanol, and Butanol.

Biofuels are commonly added to petrol or diesel to increase efficiency. These plant-based fuels come from renewable sources and can be grown anywhere, and have lower carbon emissions than fossil fuels.

Bring cheaper than conventional fuels, Biofuels not only help a struggling economy by providing employment but also helps in reducing carbon footprints to much extent by emitting less pollution in the atmosphere.

What are the Advantages of Biofuels?

As crude oil prices are surging, the developed countries are switching to biofuels to cut costs and reduce their dependency on other nations. Being sustainable and easily available, biofuels have many advantages over their counterparts.

Biofuels are made from renewable resources such as plants, crops, and decaying organic matter. So as long as the ecosystem exists, biofuel will keep providing the population with a sustainable livelihood. Biofuels are also relatively less flammable compared to fossil diesel.

It causes less harmful carbon emission compared to conventional fuel like diesel or gasoline. Biofuels can be manufactured from various materials such as sunflower seeds, sugarcane, corns, and other agricultural by-products.

2. Low Cost is one of the notable advantages of Biofuels

The USA has to pay $50 and $70 per barrel of crude oil while importing from gulf countries adds another extra load when transportation costs are considered. Biofuels cost relatively low in the market than gasoline does. On the plus side, they are cleaner, which means they produce fewer emissions on burning.

Most biofuels are easy to produce, and the extraction is also less expensive than crude oil. With the increased demand for biofuels, they have the potential of becoming cheaper in the future as well. Their use can make life easy for the common people who depend on gasoline by uplifting their living standards.

3. Biofuels act as a catalyst

Biofuels advantages are many, and supporting the engine is one of them. Biofuels are added to Gasoline or Diesel run engines to enhance the engine’s efficiency. As a catalyst, Biofuels are adaptable to current engine designs and perform very well in most conditions.

The delayed combustion and lubricating properties of biofuels can increase the durability of the engine. There is also no need for engine conversion, which prolongs the age of the engine.

Being lubricated with biofuel, the engine would require less maintenance and cut down overall maintenance costs. Also, engines designed to operate on biofuels emit less pollution than other diesel engines.

As compared to Fossil Fuels, biofuels reduce greenhouse gases by up to 65 percent. Fossil fuels produce large amounts of greenhouse gases such as carbon dioxide and Carbon monoxide directly into the atmosphere upon combustion.

These greenhouses gases are responsible for trapping sunlight and lead to global warming. Also, burning coal and diesel add fuel to the fire as they are equally responsible for affecting the atmosphere as fossil fuels. Biofuels are excellent alternatives to such limited energy sources.

5. A Nation would become Economically Independent

Given that most oil reserves are located in Gulf countries, other countries have to import crude oil to fulfil their needs. On the contrary, locally grown crops can help produce Biofuels that pretty much reduces the nation’s dependence on oil imports.

As crude oil prices are skyrocketing, there is an urgency to figure out the best economical alternative to crude oil and fossil fuels. If more nations start shifting towards biofuels, they can reduce their dependence and hence control their economy substantially. A strong economy is one of the significant advantages of biofuels.

What are the Disadvantages of Biofuels?

Biofuels are often considered as eco-friendly and economical energy sources solving our ever-growing energy needs. However, there are several disadvantages of biofuels that need to be considered.

Biofuels are quite expensive when it comes to large-scale production, as obtaining these energy sources requires time and investment. Even though the capital investment being put into biofuel production is fairly low compared to crude oil or fossil fuels, but it still considerable.

If the demand increases, increasing the supply will be difficult and more time-consuming. Ramping up the production methods will also lead to extra cost. Such a disadvantage of biofuels is still a hurdle in the use of biofuels.

Large-scale production of biofuels may give to practising monoculture. Monoculture refers to the process of producing the same crops year after year instead of growing different seasonal crops on land over time. This might seem economically attractive to farmers as they can produce more biofuel.

However, growing the same crop every year may deteriorate the vitality of the land as there will be no crop rotation. Crop rotation helps the soil retain the nutrients that produce healthy crops. Eventually, the practice would lead to disturbance in the biodiversity and affect the wildlife surrounding the field.

3. Increased Use of Fertilizers

Biofuels are produced from different crops which depend on fertilizers to grow better. To make more profits from the production of biofuels, farmers would tend to encourage the use of fertilizers to produce crops in large quantities.

Using too many fertilizers is harmful to the surrounding environment and may cause water pollution. Fertilizers contain nitrogen and phosphorus, which can be washed away from soil to nearby water bodies. Fertilizers also make the crops less consumable for animals and humans.

More production of Biofuels would encourage the practice of commercial farming. A large portion of the land would be used to produce crops for biofuel production. However, most sugary crops are also used as food crops since they are also produced for human consumption.

Even though organic can be used as raw material, people will require such food crops for survival. The less use of land for people can create several food problems, including disturbing the food supply chain. One of the major disadvantages of biofuels is that the growing use of these energy sources may mean a rise in food prices.

5. Global Warming-One of the dreaded Disadvantages of Biofuels

The biofuels majorly have hydrogen and carbon, burning which produces carbon dioxide. Although the amount to emission is not as high as fossil fuels or gasoline, biofuels still contribute to global warming. Plant-based fuels ultimately add to slow global warming and not stop or reverse it.

Therefore, biofuels may seem a convenient energy source it still plays a negative role as far as the environment is concerned. Biofuel can only serve as a short-term substitute as countries look for better alternatives.

It’s easy for experts to think of the benefits and negative impacts of using biofuels after going through the Advantages and Disadvantages of Biofuels. However, the fact prevails that biofuels are a reliable alternative source of energy. It’s possible to overcome the disadvantages of biofuels provided more scientific and technological developments are made in future. Many limitations of biofuels can be either minimized or mitigated to help consumers rely on this renewable energy source. 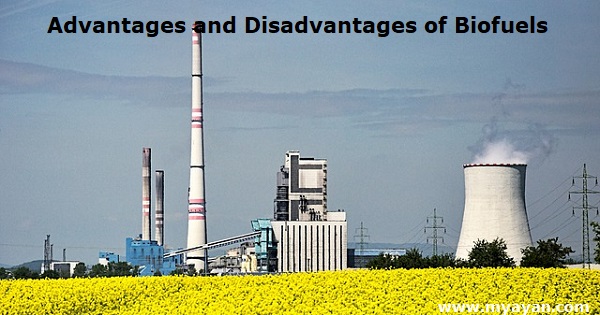 What are biofuels advantages?

Like any other renewable resource, Biofuels assist in the reduction of carbon emissions. Biofuels make the most of our planet's carbon cycle by reducing transportation and other industries' carbon footprints. Every gallon of biofuel that replaces a gallon of fossil fuel helps limit greenhouse gas emissions.

What are problems with biofuels?

Another issue is that refining certain crops, such as corn, into fuel generates more greenhouse gases than simply using gasoline in automobiles in the first place and clearing rainforests to plant sugar cane, for example. It's known as a poor biofuel practice.

How are biofuels bad for the environment?

Why are biofuels sometimes more harmful than helpful?

According to Gonzalez, the lack of environmental rules for biofuels is particularly concerning because most biogas?if one also considers the processes used to create them?emit more greenhouse gases than traditional fossil fuels.