Advantages and Disadvantages of Natural Gas

Demand for Natural Gas as a fuel is escalating swiftly as the world directs attention to sustainable and environment-friendly solutions. Like every other fossil fuel, natural gas is also extracted from under the earth’s surface. Natural Gas is also called fossil gas, which takes millions of years to form. How are we utilizing this limited source of energy? How long can we rely on Natural Gas? Is natural gas a boon for the environment, or are we just wrecking it? See it all in the Advantages and Disadvantages of Natural Gas.

The Advantages of Natural Gas

Millions of homeowners use Natural Gas as the primary fuel for cooking, space, and central heating. Finding its proper use for industrial purposes, natural gas is also one of the non-renewable resources that can last up to the next 40 or 50 years. What are the advantages of natural gas over coal and other fossil fuels? Let's dig out more and throw some light on what you need to know.

Availability at a low cost is one of the advantages of natural gas for domestic use. According to the US Energy Information Administration, the Domestic consumption of Natural Gas in the USA alone is 82.1 Billion Cubic feet per day, increasing by 10% from 2018 to 2019. The industrial and commercial sectors most commonly use natural gas for heating and electricity production as a cheaper fuel source. When used in vehicles as fuel, natural gas can also save you a lot of money as it comes less expensive than gasoline.

Compared to other fossil fuels like coal, Natural Gas upon combustion releases fewer amounts of hazardous gases. Natural Gas is composed of Methane that produces 70% less carbon dioxide than other fuels. According to the studies based on carbon emissions, natural gas emits 30% and 45% less Green House Gases than Oil and coal, respectively.

Natural gas forms the backbone of the automobile sector since it provides a sustainable option for the future and is the next alternative to gasoline and diesel. According to the US Department of Energy, over 175,000 vehicles in the United States and about 23 million vehicles worldwide currently run on Natural Gas. These Natural Gas Vehicles are an excellent choice both in terms of cost-efficiency and high-mileage. The benefits of natural gas are evident for the automobile sector since it helps reduce greenhouse gas emissions over conventional gasoline and diesel fuels.

4. Natural Gas is available in Abundance

Although Natural Gas is one of the non-renewable sources of energy available, it is expected to last until the end of this century. Based on the consumption rate, the Natural gas reserves will be available for the next 50 years, at least, as speculated by US Energy Information Administration.

The electric power sector also relies on natural gas to generate electricity. As of statistics, the electric power sector in the United States accounts for 35% of the consumption of Natural Gas. Most of the electricity produced through Natural Gas is either used by other industrial sectors or for domestic purposes. Texas, Louisiana, California, Florida, and Pennsylvania are the top natural gas consuming states in the USA for electricity production, vehicles, and household use.

The Disadvantages of Natural Gas

Natural gas is beneficial than oil and coal, leaving half the carbon footprints as copal or oil. Is it enough to put it in the box of the safest fuel or cleanest source of energy? What are the pitfalls of natural gas? There are a few disadvantages of natural gas that make us drop our foot into the search for an alternative. From Habitat to climatic concerns, common Natural Gas dangers are as follows.

One of the pitfalls of Natural Gas is its richness in Methane. Natural Gas contains less heavy hydrocarbons than gasoline, but it is mainly composed of Methane, which makes it a danger to the environment. Given the fact it is the cleanest of all petrol and coal, Methane is still a very powerful greenhouse gas and is up to 20 times more potent than carbon dioxide. That also strengthens the fact that every natural gas vehicle will produce more greenhouse gases and toxic elements in the atmosphere that lead to ozone layer depletion.

Natural Gas is highly combustible, and that is the next concerning drawback of natural gas as domestic fuel. While many people prefer natural gas for this very reason, the flammable nature of this fossil gas makes it explosive and can be extremely dangerous if mismanaged. This risk poses a threat to people who prefer to install natural gas pipelines in their homes. A minor loophole can cause a major accident during or after the installation of a gas pipeline.

Natural Gas is odorless, tasteless, and colorless; its higher methane content can be fatal for your health. You never know when you have inhaled it and how much of it is dangerous to your health. If inhaled, methane can take away your oxygen supply and lead to severe health problems, including death. Methane is an Asphyxiant that can be harmful to you and your family. To reduce the risk, you need to be intimately familiar with the installation procedure and potential pitfalls of installing a natural gas line or getting it installed by a qualified fitter.

The extraction of natural gas is done through Hydraulic fracturing, also known as fracking. This process leads to several dangers and risks to land as well as dwellings. During fracking, a powerful stream of water mixed with sand and chemicals is injected into the well to crack the rock beneath the earth. This is, in turn, releases the trapped gas and helps it flow upwards. This process involves chemicals that may contaminate the water, and since the land is fractured, the process leaves the site unusable, making craters beneath the land. The U.S. Geological Survey revealed that fracking also causes tiny earthquakes, nearly always too small to cause damage. 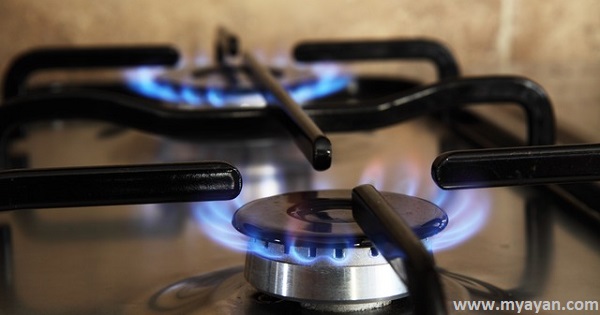 What are some benefits of using natural gas?

Natural gas is environment-friendly since its combustion releases relatively fewer amounts of Greenhouse gases compared to petrol and coal. It is convenient to use for domestic, commercial, and industrial purposes, unlike solar and wind energy.

What is bad about natural gas?

Natural Gas is highly combustible that puts its domestic use risky. Also, the main constituent of natural gas is Methane that is also a leading contributing greenhouse gas.

Why is natural gas important to humans?

It is readily available and serves many purposes in everyday life. From generating electricity to fuelling vehicles, and domestic heating and cooking, Natural Gas is a handy source of energy for humans.

What countries produce the most natural gas?

The United States tops the list of world largest producers of natural gas since 2009. The next top 5 producers of fossil gas are Russia, Qatar, Iran, Canada, and China.