Australia is a growing popular destination for international students due to its increasing global recognition, a high-quality education system that offers various courses and degrees. There are many engineering universities in Australia with the most number of international students. The second reason why these top Australian Universities are the favorite educational destination is it's easier to earn a scholarship to continue your studies. As a student, conducting research and working 20 hours a week is easy to fit into your schedule as well.

The proportion of international students has staggered in the recent past years hence driving global attention; these Top Australian Universities have been placed on the top of the ranking charts. Furthermore, these institutions are becoming a favorite place for non-Australian students due to several reasons.

The Australian National University abbreviated as ANU was established in the year 1946. It is one of the best universities in Australia. The motto of ANU says, "First to learn the nature of things." Current ANU Ranking is 1 according to the QS World University Ranking. It is a national research university located in the national capital Canberra, and it currently accommodates 3,753 staff, 20,892 students of which 10,052 are undergraduate students, and 10,840 are postgraduate students.

Melbourne University has seven campuses based in Parkville, Southbank, Burnley, Creswick, Dookie, Werribee, and Shepparton. According to the University of Melbourne Student Statistics, 36% international students contribute to overall student count.

University of New South Wales ranking is 2nd in New South Wales (4th on QS University ranking). It was established in 1949 and is an Australian public research university located in Sydney. The Kensington campus stretched over an area of 94 acres. It enrolls 53,481 students of which 32,501 are Undergraduates students, and 20,980 are Postgraduates students. 25% percent of the overall figures are of UNSW International Students.

Monash University Australia is a public research university established in 1958 with the motto "I am still learning." The 110 hectares in the area campus of Monash University is located in Melbourne, Victoria, Australia. Monash University currently has 8,109 Academic staff and 73,807 Students of which 50,461 are Undergraduates, and 22,848 are Postgraduates.

Adelaide University ranking eighth on the list of top ten Universities in Australia also secures 106th place on global ranking (QS). This public university is located in Adelaide, South Australia, and was established in 1874. The institution serves education with the motto "The light (of learning) under the (Southern) Cross." Currently, it has 1,481 Academic staff, 1,920 Administrative staff, 27,357 Students of which 20,005 are Undergraduates and 7,352 are Postgraduates.

UTS is one of the famous and top engineering universities in Australia for international students. This public research university was established in 1988 with the motto "Think. Change. Do." UTS currently runs with 3,896 Academic staff, 45,930 Students of which 33,070 are Undergraduates and 12,860 are Postgraduates. University of Technology Sydney International Students forms 26.3% of the overall strength. UTS World University ranking is 140 while UTS University Australia ranking is 9th.

The University of Newcastle world ranking is 240 while UoN ranking in Australia is 10. This university is located in Newcastle and was established in 1965. The quality of education and supportive faculties and staff makes UoN one of the top ranking Australian universities.

More for your Information 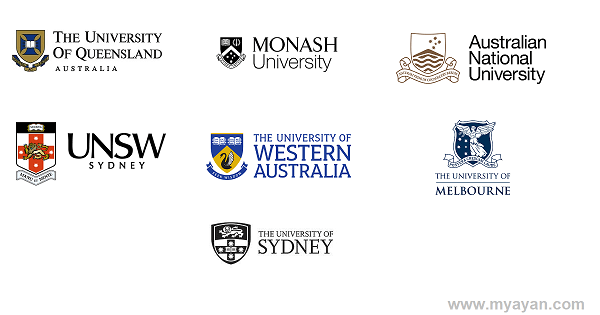 What is the highest ranking university in Australia?

Which university in Australia is best for information technology?

Monash University is most preferred for pursuing a degree in Information Technology. It is also ranked the best university in Australia for Engineering, Technology and Computer Sciences in the Academic Ranking of World Universities, 2013.

How many universities are in Australia?

There are 43 universities in Australia in total; These figures include 40 Australian universities, two international universities, and one private specialty university. Many other institutions offer higher education courses in Management, Arts, Sciences and Medical sciences.

Which course is best to study in Australia?

From the viewpoint of getting quick employment opportunities in Australia or overseas, Agricultural Sciences, Engineering, Architecture, Bio-medical engineering, Earth Sciences, Computer Sciences, and Information Technology are suitable subjects to study in Australia.