Advantages and Disadvantages of Paracetamol - Acetaminophen

Paracetamol, commonly known as Acetaminophen or APAP in short, is known to cure pain and fever. But do you know about the dangers of Paracetamol if taken frequently?

Over 50 million Americans use acetaminophen-containing medicine each week to treat pain, fever, and aches and pains associated with cold and flu symptoms. This brief research unravels some advantages and disadvantages of Paracetamol.

What is Paracetamol - What is it used for?

Paracetamol is known by its generic name Acetaminophen to treat fever, headaches, and all kinds of pain. Every painkiller has acetaminophen composition, which may vary on the intensity or level of pain.

Forms of Paracetamol: Tablet, Powder, Syrup, etc. which can either be taken orally or rectally.

You may need an acetaminophen dose in case of muscular inflammation, surgery, fever, cold, injury, or even mild headaches. There are millions of medicines that go with different names but have identical composition.

What are the advantages of Paracetamol?

Amidst different types of arguments, the use of Paracetamol is both anticipated and questioned. From receding pain to curing fever, PCM is prescribed as syrup to kids and adults. Here are some reasons that vouch for Acetaminophen.

1. It is an Antipyretic and Analgesic

Acetaminophen is by far considered a safe analgesic that is used widely to treat people with fever, pains, headache, post-surgical recovery, or even toothache. Also, Acetaminophen is the most reliable medicine as analgesics for nociceptive pain and antipyretics in childhood and pregnancy, if taken under medical supervision.

2. Paracetamol is safer than NSAIDs

Given that Paracetamol is a readily available drug, it is also the cheapest medicine to treat moderate to severe pain and fever in adults and kids. You should retake its overdose within 24 hours. If you rely on Paracetamolfrequently, better is to consult your doctor and for possible alternate measures to reduce its side effects.

4. Paracetamol is Better than Aspirin

When compared with Aspirin, Paracetamol does not prevent blood from clotting and is safer for people having concerns. Paracetamol also outweighs aspirin as it also does not cause any gastric irritation.

Paracetamol is also generally considered a more reliable solution for children, as it is not associated with a risk of Reye's syndrome in children with viral illnesses.

What are the disadvantages of Paracetamol?

Besides affecting and damaging your liver, the Overtime use of Paracetamol can also lead to several other risks. These side effects of paracetamol tablets or syrup are detailed below.

1. Paracetamol can cause skin reactions

The US Food and Drug Administration, in 2013, documented a report that Acetaminophen could lead to rare fatal skin reactions such as Stevens-Johnsons Syndrome (SJS) and Toxic Epidermal Necrolysis (TEN). Since then, Manufacturers have been instructed to label warnings about its use and administration.

Overdose of Paracetamol can lead to several health risks, which can also endanger your life. Some of the most common side effects of paracetamol-overdose are Nausea, Stomach pain, Loss of appetite, weakness, and kidney cancer. You can also experience other side effects when your urine turns dark, or your eyes turn yellow.

3. Long-term use may lead to Stroke and High Blood Pressure

According to research conducted by UK-based scientists, it was found that long-term use of Paracetamol links to High blood pressure and Stroke. Out of eight studies based on the use of this prescribed medicine, four cases showed an increased risk of cardiovascular problems.

According to Professor Philip Conaghan, of the Leeds Institute of Rheumatic and Musculoskeletal Medicine, there's no reason for mass panic. But people should be careful when taking it long-term, and doctors should consider alternatives to recommend to patients. 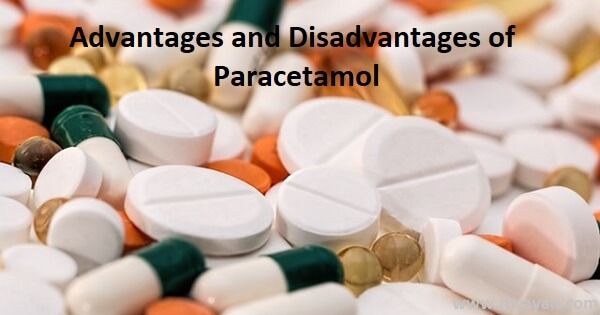 What are the side effects of Acetaminophen?

How should I use Paracetamol?

Is it bad to take Acetaminophen everyday?

The maximum daily dose for a healthy adult weighing at least 150 pounds is 4,000 milligrams (mg). According to research, taking acetaminophen doses for long periods can seriously damage the liver. If you are necessarily in need of high doses of acetaminophen for, check with your medical specialist before continuing your dose.

What are correct dosage of Paracetamol for fever and pain?

What is the Recommended Dosage of Paracetamol?

Why is Paracetamol dangerous with alcohol?

Alcoholic beverages affect liver function; this is why people who consume alcohol every day are most likely to have Liver Cirrhosis. If you take paracetamol composition with or after drinking alcohol, it multiplies the chances of Liver damage, which may also lead to advanced cirrhosis.